Neil’s culinary education began in high school, when he worked for a series of Woodinville wineries before landing his first kitchen job at Chateau Ste. Michelle. He went on to learn what it was like to be “under fire” as a line cook at Joey’s in Bellevue, before working his way up to sous chef at Woodinville’s Barking Frog. Since then he’s worked in some of the best wood-fired kitchens in Seattle, including Copal, the Peruvian restaurant in Pioneer Square, and Homer on Beacon Avenue. Closer to home, however, are the years he spent at a pair of little Ballard restaurants: we got to know Neil when he was running the farm-to-table fare in the wood-burning ovens at Delancey and Essex, right next door as the Chef de cuisine.

When not teaching classes and cooking at our family dinners, Neil can be found stomping around in the woods with his dog Roux, spending time with friends and family, and cheering on Chelsea FC on the weekends. 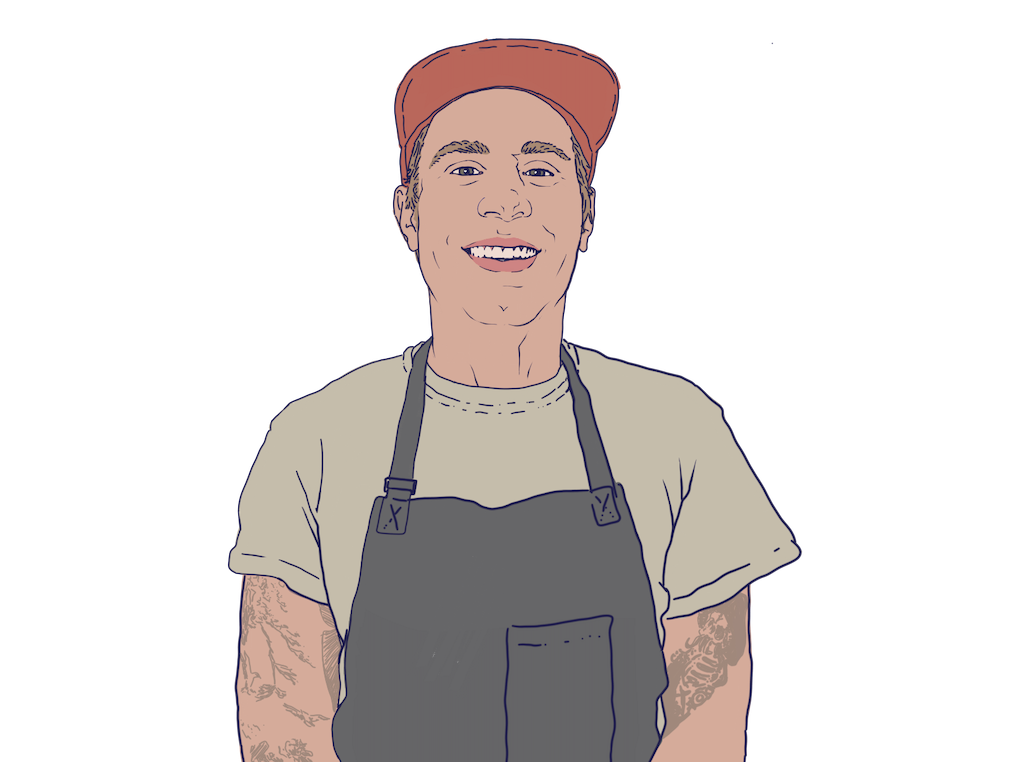 Cooking by the Seat of Your Pants