Shri Repp was born in the South Indian city of Chennai, and spent her first years developing her earliest food memories. When her family moved to the United States, food became the way they stayed connected with their heritage. At breakfast, the family would contemplate what was for lunch, at lunch what was for dinner, and for dinner what they were going to cook up the next day.

Shri studied computer science at Carnegie Mellon University and worked as a software engineer and engineering manager for seven years, while learning about food on the side. Recently she decided to take a break from the tech world in order to pursue her culinary passions — using her software background to run an IACP award–nominated blog called Moon Rice.

Today Shri loves to combine nostalgic Indian food with American classics, and hopes to show others that Indian food is not a static cuisine, but one that is constantly evolving along with the Indian diaspora. 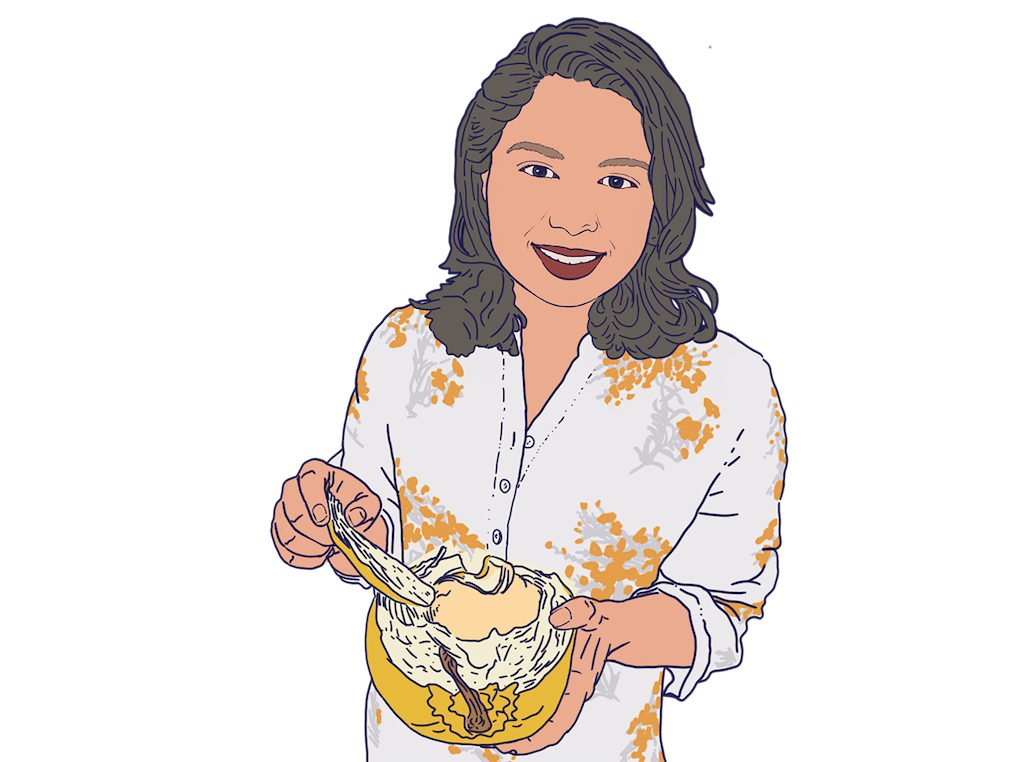