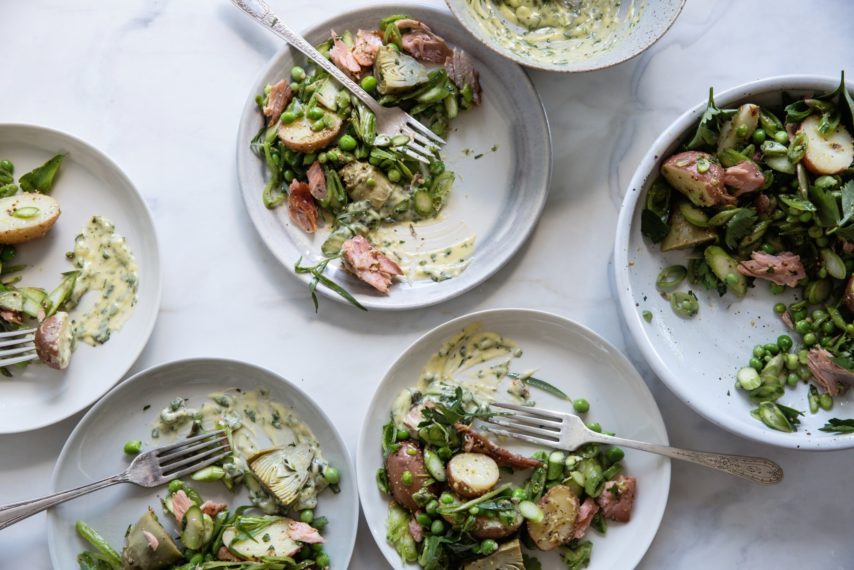 I didn't start out as a potato salad fan.

In fact if you told my younger self that I would one day be waxing poetic about potato salad, I would have laughed you out of the room. I don't think I actually touched my lips to potato salad until my early twenties. It's not the potatoes – those close to me can attest that my love for potatoes runs DEEP. It was the mayo. And the mayo was just the tip of the iceberg. For most of my life, I was repulsed by pretty much all condiments. Ketchup on fries? Nope. Dill pickles? No thank you. Mustard would be tolerated if it was whole-grain, but mayo – mayo was never okay. So as you can imagine, growing up in the South, where most salads involved tossing something in mayo, I didn't eat a lot of salad.

I was in college when my friend Taeko cooked a German-style potato salad, something I had never heard of. Rather than slather their starches in mayo, they toss them in a dressing of olive oil, mustard, vinegar, and maybe even a little bacon. I gave it a tentative taste, and was shocked when I liked it. I mean, I REALLY liked it. After that I entered the world of a potato salad–eater with gusto, seeking out every alternative version available: pesto, yogurt, eventually sour cream (also on the no-fly list for far too long). I continued a happy mayo-free life for a few more years and then discovered homemade aioli. Apparently if I made it myself, added garlic, and called it something else, then mayo became acceptable. In modest amounts. Fast forward to now, and I've mostly recovered from my aversion to packaged condiments. You still couldn't pay me to eat Heinz ketchup, but I will tolerate the occasional bottled salad dressing (I know, first-world problems over here). 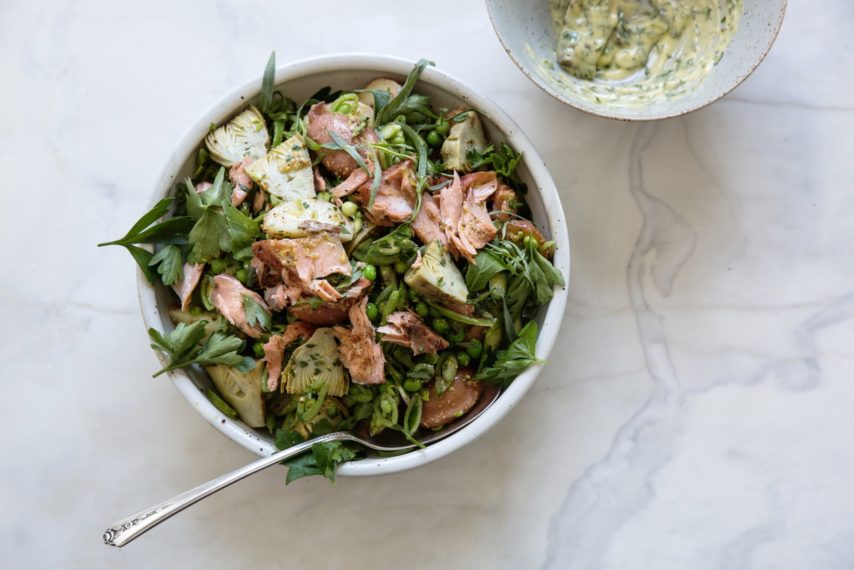 So when we were writing the menu for our June family dinner, a dinner celebrating the salmon season that is now in full swing, it took some mental gymnastics on my part to include potato salad:

I mean, I wouldn't even call it potato salad! But somehow, having TWO dressings, with the mayo on the side, made it work. And work it did. I took home most of the leftovers, and they lasted about a minute in the fridge before being devoured. After every dinner we get the occasional email asking for recipes. It's always fun to see which dishes stood out to our guests, and lo and behold, for this dinner, it was ALL requests for this recipe. So there you are. Potato salad. 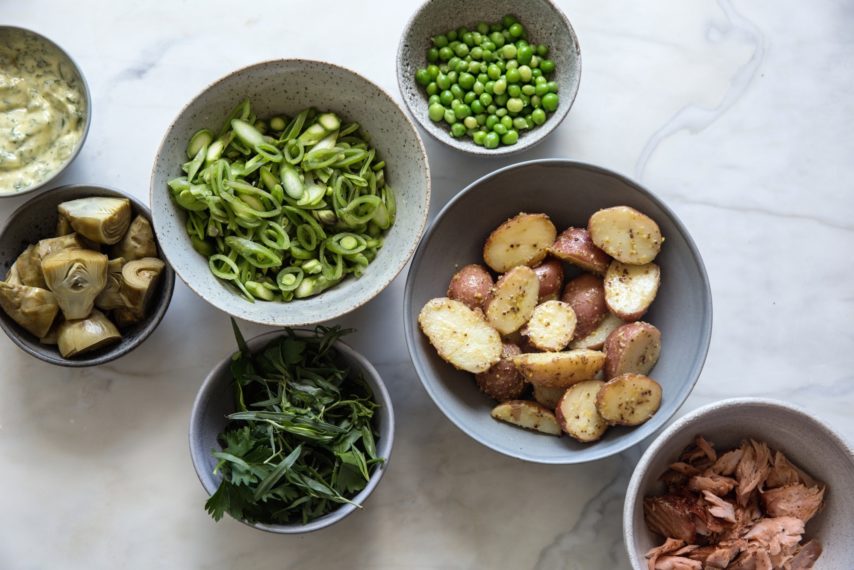